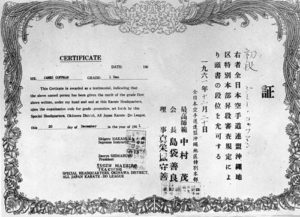 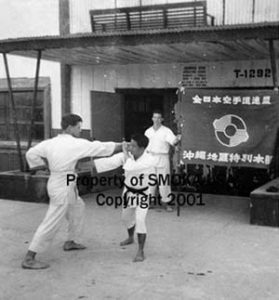 1961_3_Kadena AFB Karate Dojo under the tutelage of Sensei Kise

Sensei Coffman competes at the local movie houses and Karate Dojo’s, is a constant winner throughout Okinawa and becomes a showpiece for Sensei Kise.